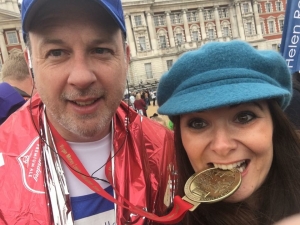 It has been 4 years since Lee finished treatment for Hodgkins Lymphoma.  He has been lucky beating cancer twice with the support of his wife Angela, friends and colleagues but like most people he has lost friends/family to cancer.

It’s sad to say but we all know someone affected by cancer, a loved one, family member, friend or colleague.

The experience left Lee feeling that he needed to do something, give something back. He has received great support from Professor Davidson and his team and directly from the Helen Rollason Cancer Charity.

Post treatment Lee has held a number of fund raisers to support this great charity, but this year for some mad reason he decided to run the “London Marathon 2016” for the Charity.

Those that know Lee know that he is not the fittest person, in fact the only thing he has run is a bath!

It was also an opportunity to continue his fundraising for this amazing Charity as without fundraising, like most charities, their great work would not continue.

And so the training began………..

Despite all the injuries picked up during his training Lee managed to complete the course in 6 hours raising over £6,500 for the Charity. 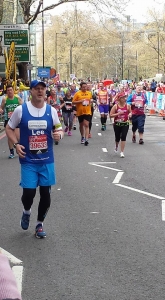 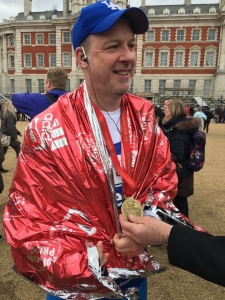