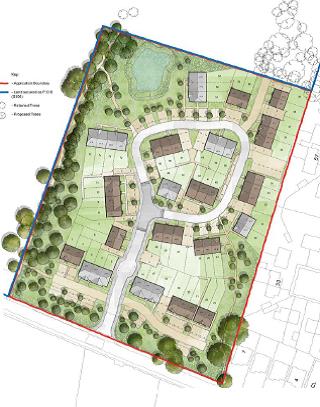 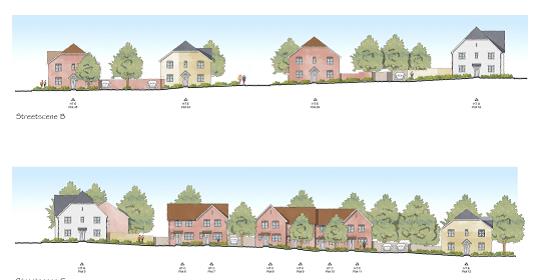 The principal elements that pre-existed and that have formed the points of departure for the layout design were:-

The site layout was defined by the site constraints and opportunities but has also evolved from the original outline application and incorporated feedback from Maidstone Borough Council and Kent County Council during the pre-application meetings.

There are multiple pedestrian footpath connections proposed connecting the development to its wider surroundings of Heath Road and the Public Right of Way that runs along the west of the site boundary.

The site consists of 2 storey dwellings to respond to the surrounding context around the site and to respect the neighbouring properties along the eastern boundary of the development.

A simple palette of materials were chosen to reflect the local character and surrounding context.  The use of red brick ensured that there was a cohesiveness between the proposed and existing with use of white render in key areas and to signify the entrance gateway.  The street scene is articulated by gables, porches and bay windows, which adds variation to the street scene